Today is the 16th of December.  We are almost exactly 9 months into the pandemic of 2020.  It has been quite the ride.  I’ve found a great deal of things to keep me busy during it, mostly focusing on self care, and improving the things I put in my physical visual space every moment.  That is something I don’t think I personally think about enough.  The things that I physically see, and that I allow to invade my mind, not invade, but allow to take up space in my mind.  You know everything you physically own is put into an inventory in your mind.  The less inventory you have, the less you have to think about. As long as you know the structure you need, you require, to be your happiest best self that is all that really matters.

I think about that a lot actually.  I’ve always been the type to think of life in terms of how it integrates with technology.  I LOVE technology.  My parents gateway 95 I think was one of the first computers I ever worked on.  Boy, did I know that thing inside and out!  I got so excited about being able to use technology to make my life easier, simpler, and help those around me to be more present as well.  I grew up in a very small town, Manson Iowa, and I can remember local townspeople would call the high school asking if they knew a student that was tech-savvy and would be willing to stop over to their home and fix something.  At the time I was still in middle school–not even a high schooler yet–and the high school would give them the number of my father’s Ford dealership to ask if I would be willing to pay them a visit.

These odd-jobs were so much fun!  I was a great popcorn salesman for the boy scouts–as long as I had something I was selling and I knew what it cost.  Now I was selling my technical expertise at a very young age.  The thing was though, I didn’t know how to set the price.  Back then it didn’t matter, I would show up, do a job, and I would get paid at least $50 for my time, even if it took me 20 minutes.  Sometimes I would even get a couple $100 for my work.  When you grow up mowing lawns for $10 a lawn that was a lot of money.  I think about how different things are now though.  Back then I was fixing home wifi networks, setting up printers and installing drivers.  Today I’m the technical go-to for entire companies, entire non-profit organizations.  One could say they could have predicted the entrepreneurial path that I took.

I have shortcomings, we all do.  The shortcoming that comes to mind first in this moment is that I have not been asking for enough $$$ for my work, my time, my energy.  I’m 31 for Christ’s sake, and I haven’t made my first $1million yet.  Making money as an entrepreneur just starting out is a grind.  I’m not just starting out anymore though, I’m 8 years into this life.  Wow. Saying that, typing that actually makes me feel really good.  I’m ONLY 8 years into my entrepreneurial journey.  Holy cow, I have a LONG life ahead!  But I digress…..

As long as you know the structure you need, you require, to be your happiest best self that is all that really matters.  Back in the ole’ days people closest to me didn’t have many technical problems.  There wasn’t a single smartphone app that people needed help with to go about their lives.  Most of the time it was a cabling issue, a modem or router setup issue, or software or operating system that needed some extra tinkering in order to get it functioning correctly.  These weren’t big issues.  People were able to live their lives normally, and having something not work 😲 for a day or two or more wasn’t ever a big deal.  It was never something you would get in a fight over, never something people would allow to invade their headspace to such a great extent that they could not live their best life and go about their day or week like they normally would.  Not only that, the technology back then we used was simple.  It was black and white, it either worked or it did not work.  It was on or off.  The job was done or it wasn’t.  Today, we have all this gray area.  Miles and miles of gray area.  We’ve evolved technology so much that its not only changed our culture, it runs it, it predicts it, and it manipulates it.

We live in the greatest time in the evolution of technology with our lives, I am so fortunate to be alive.  I love to think about big picture technology hacks that, if implemented by the masses, would change the world in extremely positive ways for everyone.  It is truly my gift.  I know what it is I have to do to make that change happen, to create that change.  I take the weight of a lot of things that happen in my life to heart, I carry a lot.  Side-note I’m so grateful for yoga and meditation.  I have such empathy for our way of life in this generation, the way we live, that I sometimes have people tell me I actually have no empathy.  Truly.  I know that sounds cray cray.  The truth is some people plain do not want to hear what I have to say, they want to continue along the path they are on because they fear it will change everything they know or have believed their entire life.  They don’t seek to listen and to understand..  But when you break things down, when you seek to listen and understand things, really put your ear to the ground–you can hear things.  Secrets from above I like to imagine.  I don’t need to defend myself to these people.  But it does help to talk it out. Plus, I get to talk about my favorite topic.. death!

The most recent occurrence was a facebook thread where I was interacting with a former pastor of mine.  The pastor posted an image that depicted the deadliest days in US history, and listed as several days from this very month we’re living in alongside things like 9/11 and the pearl harbor bombings.  A little nugget of gold I want to drop, just because someone posts something on social media it does not mean that they fully and completely endorse what they posted with their entire heart.  It is unrealistic to think that of any post by any person, but most people, myself included forget that. ✨  I made a couple of comments about the post, first was just to ground the context of the post.  In reality, pandemic or not, America is an old country.  We have a ton of old people living here!  Its not unrealistic to think we will have days or even months in the next decade where people die by the masses.  People are living longer than they ever have before, which means we’ve been able to live healthier lifestyles certainly, but it also means the older people become, generally, the weaker they become.  The weaker someone is the more susceptible they are to dying from an illness.  If I die from the flu when I am 80 I will know that it is God’s doing, and I’m not going to blame absolutely anyone for it.  I will accept my fate, and join my ancestors in heaven and paradise.

Death is a completely natural part of life.  People today forget that.  That doesn’t mean I don’t have empathy for old people, or that you shouldn’t do what our elected officials and lawmakers, which we should all be praying for, tell us to do.  It means that I have come to terms with death.  Working with an estate planning attorney as his blog coach and CMO we’ve had many a conversation about death.  It’s a topic I love to talk about.  Its also probably why I’m a big fan of dry humor. 🙂

I think that coming to terms with death is an important quality, perspective, trait I have which lends to the visions I have for how technology could be best used to keep people present, happy, and living their lives to the fullest.  It is truly unreal how we have evolved with technology over the past 2 decades.  In the next 2 decades, if I have anything to do with it, I’m going to change it for the better.  I’m going to make it easy for people to live without a device that could launch a rocket into space in their pocket.  Thats technology we don’t need!  We’ve created quite the mess with the first 35 years of tech, and I’m going to do my damndest to repair it, clean it up, all while feeding a ton of people and making a bunch of money in the process. 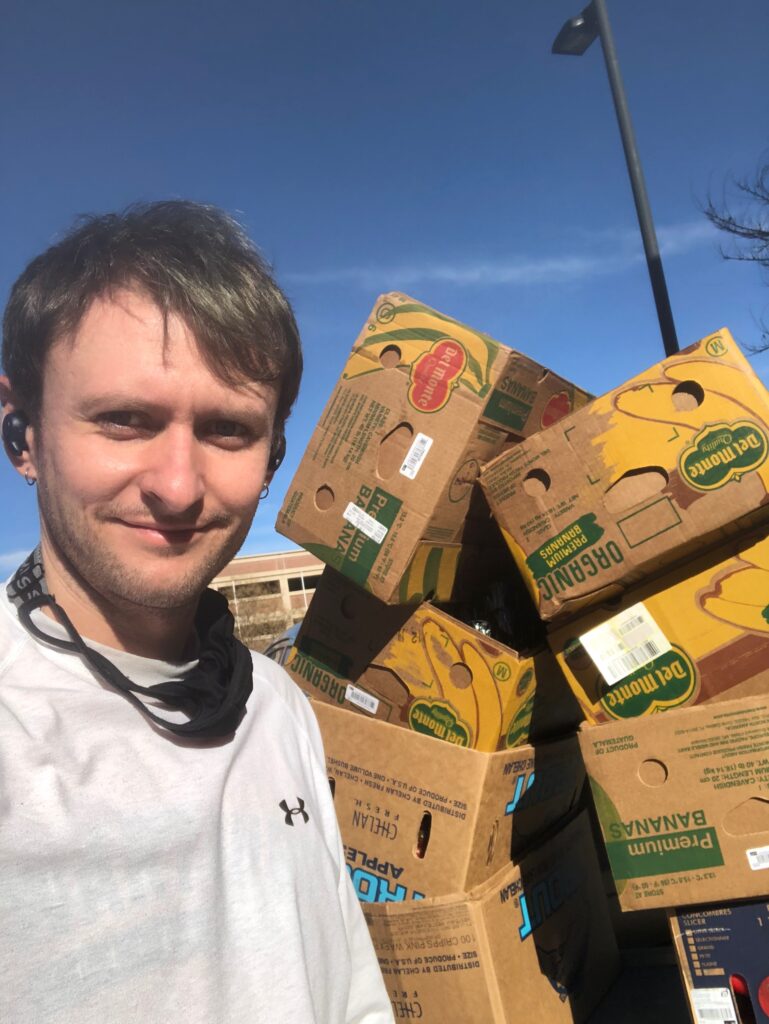